Rose O'Neill and the Kewpie Comics

The Kewpie doll was a much beloved elf-child created by illustrator Rose O'Neill. Introduced to the world in December 1909, in a cartoon published in the Ladies' Home Journal, the Kewpies’ frolics and impish pursuits became so popular they moved off the page and into doll form. Eventually, they found their way onto objects as disparate as fine china, ash trays, chocolate, and hood ornaments. Their popularity made O'Neill a millionaire.

From December 1917 to July 1918, O'Neill produced a Kewpie comic strip for Sunday newspapers, distributed by the McClure Syndicate. These comics reprised stories already featured in Woman’s Home Companion. Through the syndicate, the comic was published in newspapers across the country including The Detroit Sunday News, Los Angeles Sunday Tribune, Times-Picayune, and the San Francisco Chronicle.

This exhibition features 15 hand-colored proofs from the Sunday comic series, as well as an additional three proofs from the more modern format Kewpie comic strip, published in the 1930s. These works are pulled from the Museum’s permanent collection and were gifted to the Museum in 2018 by the O’Neill Family Foundation.

*Twelve of these works were conserved with funds from the 2019 99 Times Party, 99x: Myths and Monsters. The Museum acknowledges the generosity of the planning committee, sponsors, stylists, and many donors to the 99 Times Party, whose contributions continue to make a lasting visible impact on our collection. 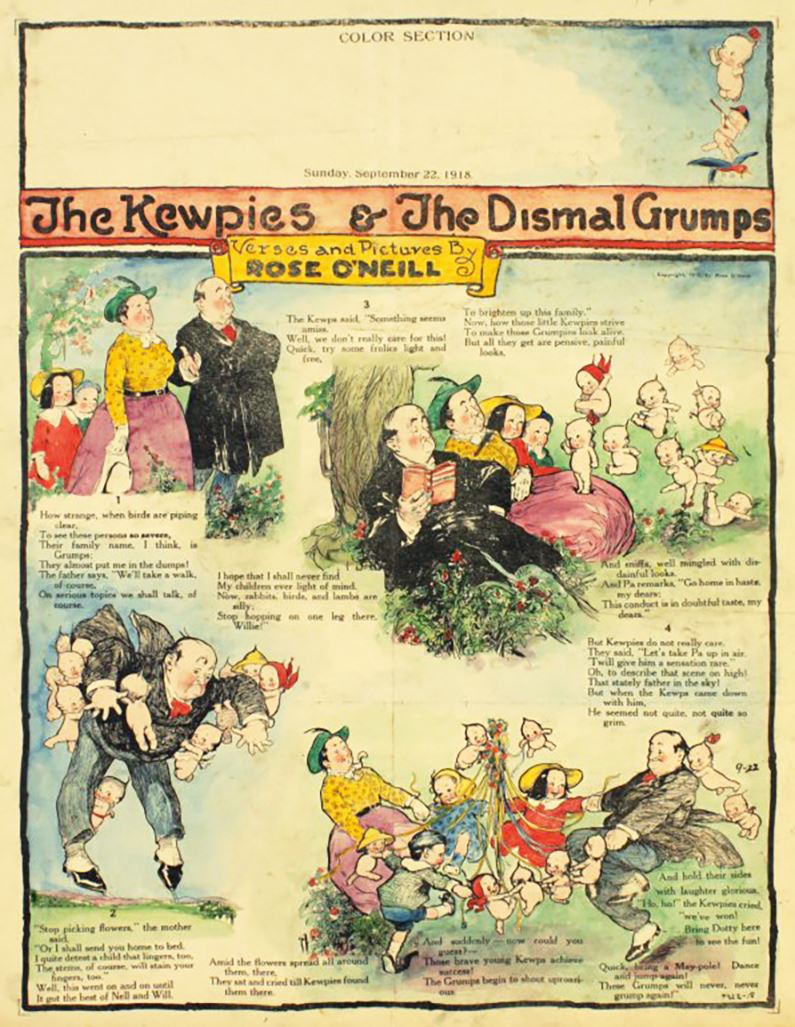 The Kewpie mantra: Do good deeds in a funny way.