“His etcher’s needle tells his story better than all our pens.” – Callot’s epitaph

Jacques Callot is considered one of the most accomplished printmakers in the Western tradition. He was a keen observer of life and was one of the first artists to introduce the average person, or non-nobility, into his work. He is credited with several technical etching innovations including a hard ground made of mastic and linseed oil which enabled him to make repeated “bites” (placing the plate in an acid bath) to create tonal lighting effects. He produced over 1400 etchings chronicling life in the late 16th and early 17th centuries including portraits and character studies of soldiers, clowns, peasants, dwarves, theatrical productions, and court life.

This exhibition features work in the series Varie Figure, or Various Figures (1621-1628), pulled from the Museum's permanent collection. The series contains 16 works, most of which feature double images of the same figure. It has been suggested that this series served as a drawing book or model for learning rapid, freehand drawing, due to the comparison of the figures. Each figure on the right is depicted through a single line (contour) while that on the left is volumetrically composed (shading). In 1686, Italian art historian Fillippo Baldinucci referred to these figures as “a sketch made as a finished work.” This series was gifted to the Museum in 1961 by Henry Putzel of St. Louis, Missouri.

*Works in this exhibition are quite small, magnifiers are available at the Museum's front desk, just ask a staff member for assistance. 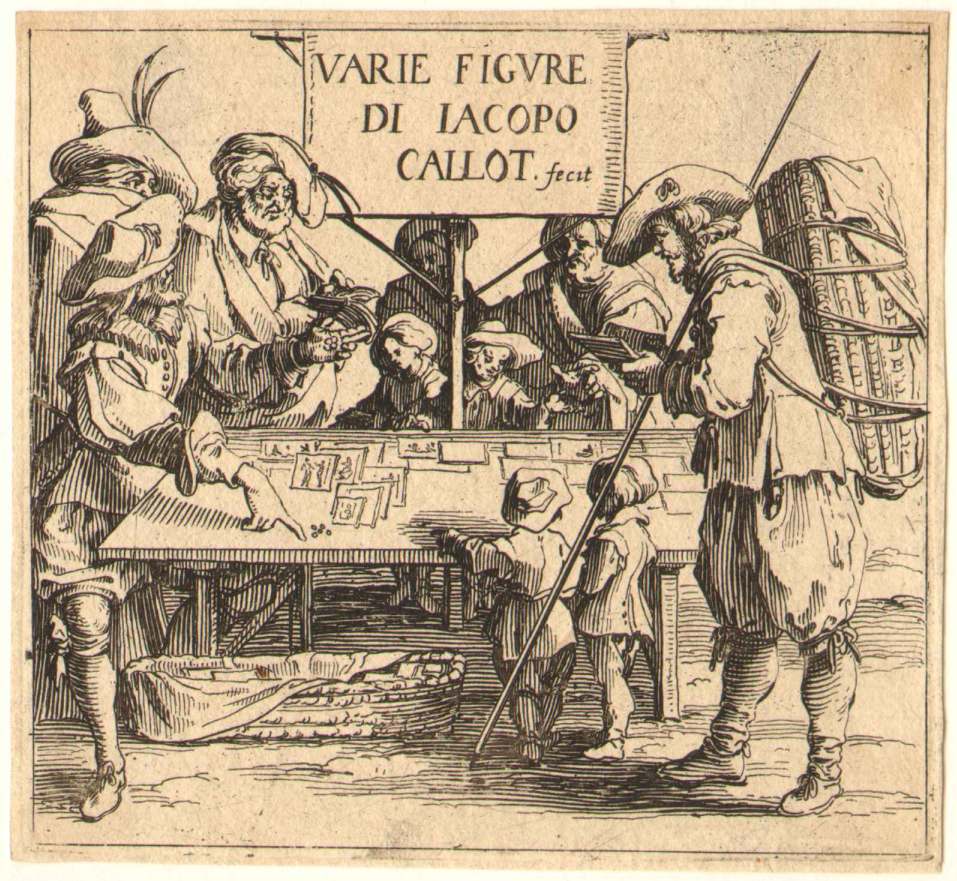